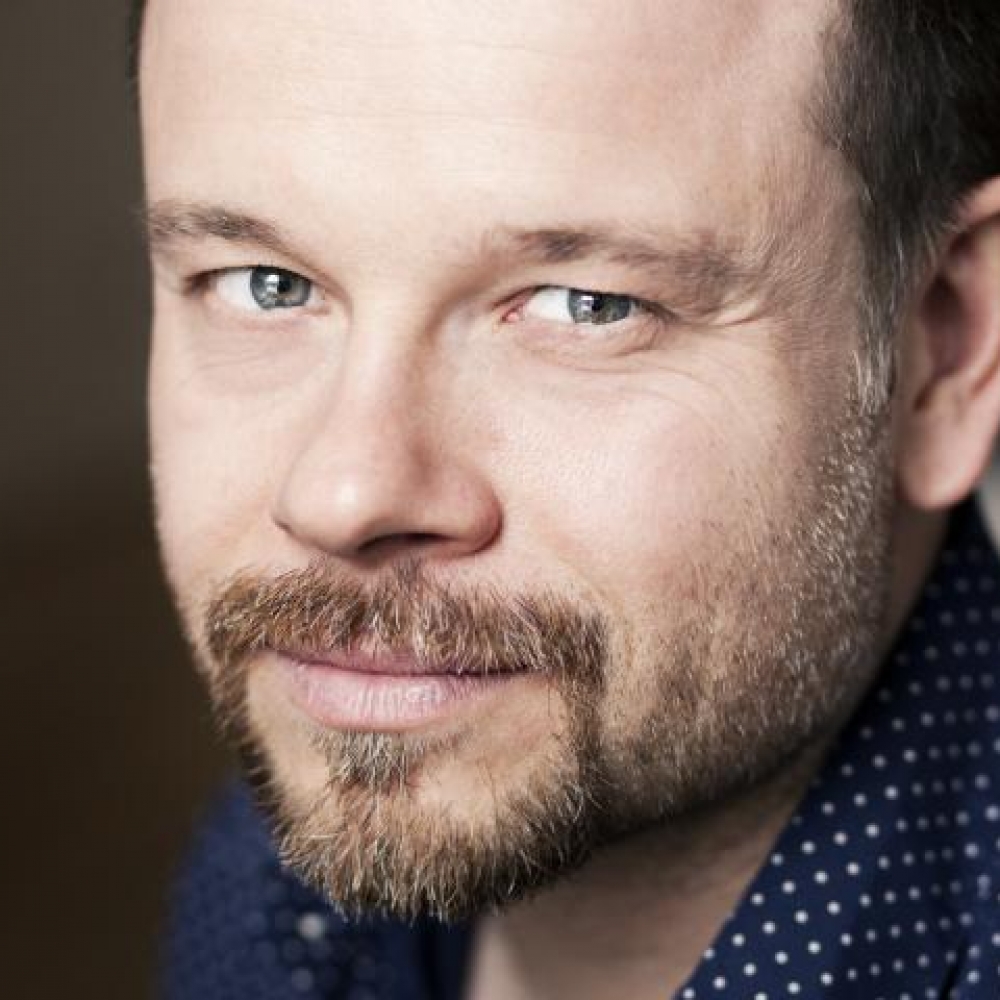 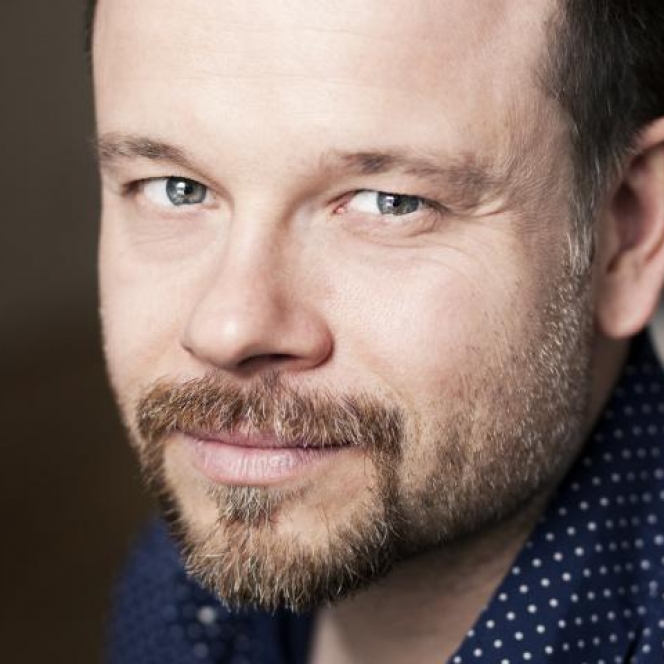 Geoffrey Gaquère graduated from the Conservatory of Dramatic Art in Brussels (1996)and the National Theater School of Canada (2000). Actor in Theater, Film andTelevision, but also director, he accumulates projects and fruitful collaborations. Onstage, he played under the direction of Robert Bellefeuille in La Dame au Camélias(TNM), Edmond Dantès and Le Comte de Monte-Cristo (Denise-Pelletier). He was partof the cast in Kean (TNM), directed by René-Daniel Dubois, and L'Avare (TNM) byAlice Ronfard. In 2008, he was seen in L'Énéide (Espace Libre), directed by OlivierKemeid, Élizabeth, Roi d’Angleterre (TNM) directed by René-Richard Cyr and inRoland, a creation of the Théâtre de la Pire Espèce, presented at the Théâtred’Aujourd’hui. In the spring of 2009, he took the stage at Jean-Duceppe Theatre inAmadeus, directed by René Richard Cyr.
On television, he was a series regular in the soap opera Emma broadcast on TVA.
In terms of directing, he brought us, among others, Couche avec moi (c’est l’hiver)(Theater PàP, La Bordée) by Fanny Britt, as well as Les exilés de la lumière by LiseVaillancourt (Espace Libre). With Hôtel Pacifique, still by Fanny Britt, he directed thethe first play produced by his company Théâtre Debout, founded with Britt and JohanneHaberlin. The trio then came back with Enquête sur le pire (Jean-Claude GermainTheater). In 2011, he directed Toxique, a play by Greg MacArthur, starring ÉliseGuilbault and Guy Nadon. Since then he has worked on several other theatrical projectsas a director.
He made his operatic debut as director with Offenbach's La Veuve Joyeuse, directingLaval's OBQ Opera in 2009, an experience he renewed in 2010 with La Vie Parisienne.
In 2014, Geoffrey added a string to his bow by taking over the artistic direction of theEspace Libre Theater.