A multidisciplinary artist and a graduate of Montreal’s Conservatory of Dramatic Art, Florence makes a memorable debut on the big screen in Mathieu Roy’s L’autre Maison, a role that earns her a nomination at the Canadian Screen Awards in 2012. She lands the lead role in Nouvel An, by Marie-Eve Juste, presented at the TIFF in 2015. She also appears in Le Coeur de Madame Sabali, directed by Ryan McKenna.

A professional oboist, singer-songwriter, and dancer, Florence has the most diverse stage experience, notably through her performances with the Violons du Roy and the Metropolitan Orchestra. In 2021, she introduces Dans mon salon, the first single of a solo album that comes out in 2022. She also works on the show Traversée, presented in French and translated into sign language.

With the theatre company Porte Parole, Florence participates in Le Partage des eaux as well as the creation Si les oiseaux by the Theatre à Corps perdu. She performed in Espace Go’s renowned stage in Soifs Matériaux, directed by Denis Marleau. She is currently working on Mythe by Mikalle Bielinski, presented at Espace Go in 2022, and on Cabaret Noir by Mélanie Demers, a powerful creation about the identity of Black performers and the political dimensions of being a Black body on stage. She is part of the cast of Sappho at the Theatre du Quat’sous and of Salle de Nouvelles, introduced at the Theatre Duceppe and the Trident in Quebec.

Florence collects several roles on the small screen such as Boomerang, Unité 9, Les honorables, Les Simone, L’Échappée, and Toute la vie. She is also be a part of the cast of Portrait Robot, a recently released crime and police drama. On stage, on screen, dancing or acting, Florence is a creative soul who jumps into projects with every inch of passion she has. 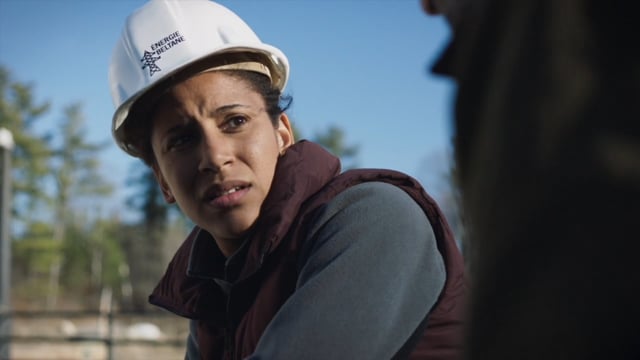