Jules Ronfard studies at the Canadian National Theatre School from 2014 to 2018. He works in improvisation with Nicolas Cantin and Hélène Mertier. He touches on the theatre of Dalpé and Tremblay with Stéphane Jacques, of Ionesco with Élise guilbeault, Romeo and Juliet with Linda Laplante, the universe of Mouawad with Richard Thériault, the poetry of Danny Boudreault and the world of Molière with Denis Lavallou. He dances under the attentive eye of Melanie Demers and Manon Oligny. He then meets Christian Lapointe who directes him in Les Beaux Dimanches by Marcel Dubé. His theatre experience continues in Hamlet with Marc Béland, in a show for children written by Arianna Bardesono and Zach Fraser. Jules also interprets texts by Gabrielle Chapdelaine, directed by Michel-Maxime Legault and by Philipe Cyr. He works under the wing of Florent Siaud who brilliantly directs him in Tchekhov’s Trois Soeurs, at the Monument National, and participes in a creative collection with Robert Bellefeuille at the Conservatoire national supérieur d’art dramatique of Paris.

After finishing school in 2018, he performs at the Theatre Espace Go in the play: Le reste vous le connaissez par le cinema, directed by Christian Lapointe. He takes on the role of Lascaux, written by Jasmine Dubé and presented at the Periscope Theatre and at Fred-Barry. He resumes the show: Marcel Dubé’s Les Beaux Dimanches with his graduated class at the Theatre La Chappelle (directed by Christian Lapointe). He embarks upon the tour of Graduates Album written by Mathieu Arsenault and directed by Anne-Sophie Rouleau, he creates a four-hour Facebook Live performance: Cap au Pire de Samuel Beckett (directed by Jocelyn Pelletier), plays in the creation Tu es Nora, written and directed by Hugo Fréjabise, he participates in a staging laboratory around the play: Le 20 Novembre by Lars Noren (directed by Sabrina Auclair), he performs on the stage of the Saint-Sauveur Theatre during the summer of 2019 in Nelson, directed by Michel Poirier. On the small screen, he takes on the role of Liam in the youth series NOMADES. Jules is currently working with Nini Bélanger and Pascal Bruellemans on the creation: Splendide Jeunesse. 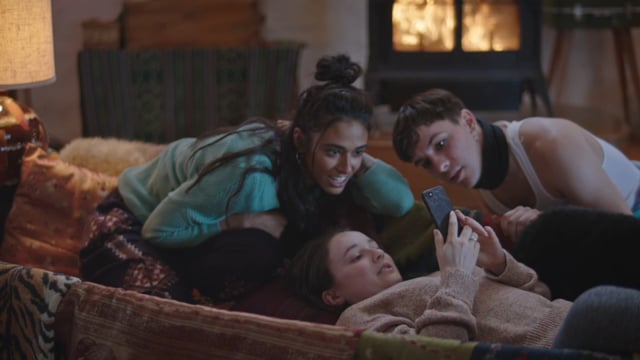